Making a 15-minute film on as deep a topic as women and horses, grief and loss, resilience, striking out on your own, family love, and the horse-human connection means that a lot of the story is left out. I chose to tell a story of women and horses through the lens of my mother, my sister, and my niece. But it’s only a tiny slice of the whole story. I will fill in a few of the gaps here on this webpage, and mostly I just want you to watch the film, and share it. Here are a few things I want you to know.

I come from a family of women. There were five of us girls. Lynn, the eldest, then Sharon, then me, then Marylu, and finally Carol. Our mother (Oma) used to tell people (actually she still does) that 1) she was never going to have children at all and 2) if she did have children, they would be boys. Life rarely gives you what you (think you) want, but it always gives you what you need. Oma has no regrets. She is close with all of us. We all adore her.

I started this project in 2017. Most of the interviews were done in 2018. Logan had not yet moved back East. She had not met Justin. Poplar Place Stables was still home to Logan, her dad Chris, and their longtime stable manager, housemate, and close friend, Trish MacDonald.

Then, a lot changed. Poplar Place Stables in Briones was sold. Logan’s dad moved to Hawaii and remarried. Logan returned home from her initial move to the E Coast (and the South) to pack up her belongings for good, load up the few remaining horses, and drive from California to Aiken, South Carolina with Trish, to start a new life. She had just enough time before the big move to fall in love, and a few months later Justin joined them in Aiken.

Trish and Logan bought a 10-acre horse property in Williston, SC, a few miles from Aiken. Aiken is an internationally known center for riding. Logan is an eventer at heart and by training, but she and Justin met on the track when she was an exercise rider at Golden Gate Fields, in the Bay Area. Aiken is horseracing country and Logan and Justin quickly established themselves in the training world there, as exercise riders and as trainers.

Now I have to pause here and give a side-note. The horse racing aspect of this story may put some people off. In fact, one GoFundMe supporter wrote the following about Every Ride Is For You:

“This is an inspired story but I have a plea for Logan. I love horses. I worry that the (horse racing) industry is pushing these young horses way too hard in the pursuit of long-shot rewards and breeding creds. Something needs to be done to stop this carnage. I think women trainers are the ones to accomplish this and be advocates for the horses. The industry is currently failing them.”

If you watched the film, you heard how Logan and Justin are indeed breaking with industry norms and creating a “whole horse” training program and regimen. At the moment they have one particular horse in their care and training – his name is My Boy Paddy, or “Paddy” for short. Logan often sends videos of her trail rides on Paddy in the lush Maryland woodlands and pastures. (Sometimes she jokes about riding rough trails on a high performance athlete. In the videos, Paddy always has his ears perked up and forward and looks as though he is enjoying himself immensely.) He has done well on the track so far, too. I can’t help but attribute his success to the care and personal attention that Logan and Justin give him. He gets to be a “regular horse”, with hacks in the countryside, treats, and snuggles. Paddy is treated not as a commodity, but rather a well-loved member of the family. Justin and Logan feel very lucky that Paddy’s owner loves his horses and is also committed to humane training to bring them up slowly and gently.

Justin grew up at the track at Golden Gate Fields. His father was born in the small village of San Pedro Ocotlán in the state of Zacatecas, Mexico. In the 1960s, Justin’s grandfather spent 8-9 months a year in the US, working at the racetracks as a groom. Justin’s father accompanied him as a teen, found that he liked horses, learned to gallop, and eventually decided to stay, earning his trainer’s license along the way. Justin’s parents met at the track – the same place that Justin and Logan met.

Justin was born in 1991 – as the story goes, his mother was cleaning a stall when she went into labor with him. Growing up, Justin would head to the track before school in the mornings, also to clean stalls, and do general stable work. His parents made sure he and his brother grew up knowing what it meant to work hard, and to contribute. He was also encouraged and supported to do well in school.  After high school, Justin worked as an exercise rider on the track.

Justin’s mother has her owner’s license and breeds her own horses. At age 15, Justin bought his first horse that he co-owned with his mother. The winnings of that horse financed his first car and paid for clothes. He began to look to the long term as his family started breeding their own horses. At a certain point, he chose to make a professional life with horses, or as he says, the horses chose him.

When Justin met Logan, he was fascinated by her and her plan to move back east to train. Although they had seen each other in passing at the track, they officially met at a Thanksgiving party and talked for 5 hours straight until 3:00AM. He wanted to get to know her more, but she was leaving within weeks for South Carolina. They spent as much time together as they could until she left, and then he visited her at Christmas. After that, he too packed up and moved to SC to be with her. They’ve been together ever since.

Logan misses eventing. She loves the thoroughbreds, and she loves galloping, and she misses jumping. Recently she competed for the first time in 3 years (on Buddy) and not only did they do very well, but it brought Logan back to eventing.

She’s starting to teach again through the local Pony Club, training young riders (girls, mostly). And, she has almost completed certification on Pegasus Therapy Laser treatments and is about to launch an equine laser therapy business, using photobiomodulation to treat equine injuries and reduce pain and inflammation.

If Every Ride Is For You were a longer film, you would learn that Carol was extremely active in Pony Club, and served for over ten years in the Briones Valley chapter, first as a sponsor and chaperone, and then as District Commissioner. She was organizer of the West Coast Pony Club Eventing Championships in 2010 while she was battling cancer. She was a caring and thoughtful instructor and ran the Poplar Place Stables lesson and training program. She taught and inspired many, many young riders, mostly girls. 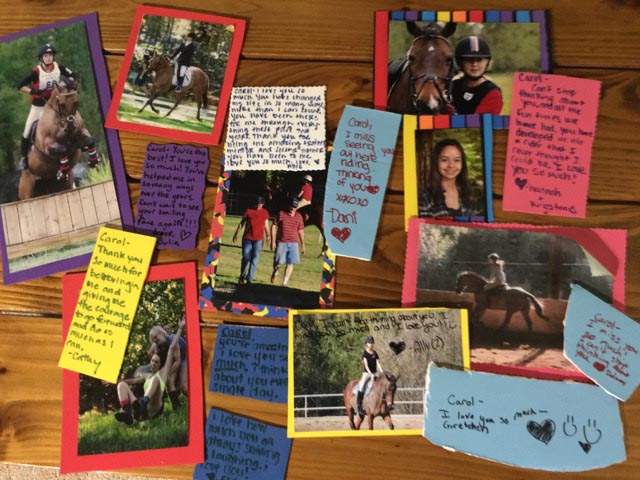 One time when I was visiting, and she was very ill by then, a living room full of teen and pre-teen girls presented her with a poster-sized collage of photos and letters. The giant card was filled with appreciations and love from her students. Most of the girls were in tears by the end of the visit. They loved her, and felt loved by her. Poplar Place was not just home to their horses, it was second home to all of those girls. The camaraderie and friendship made it a very special place, making it especially hard for Logan to leave.

But nothing lasts forever, and Carol would have been proud to see Logan step out on her own and make her way in the world.

Simply put, Oma is an inspiration. At the time of this writing, she is getting ready to celebrate her 93rd birthday. She still has Hoodie, the last of her beloved Peruvian Paso horses. Hoodie’s paddock and Oma’s gorgeous flower garden are right next to each other, and Oma takes care of them both. They share a beautiful 10-acre farmstead near the Sonoma County coast with one of Oma’s granddaughters, Kendra, Kendra’s husband Nathan, and their lively 6 year old son, Callan – one of Oma’s nine great-grandchildren, and one of her best buddies. 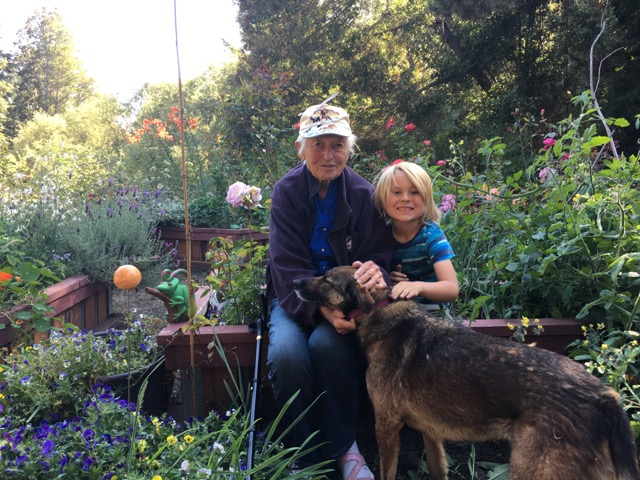 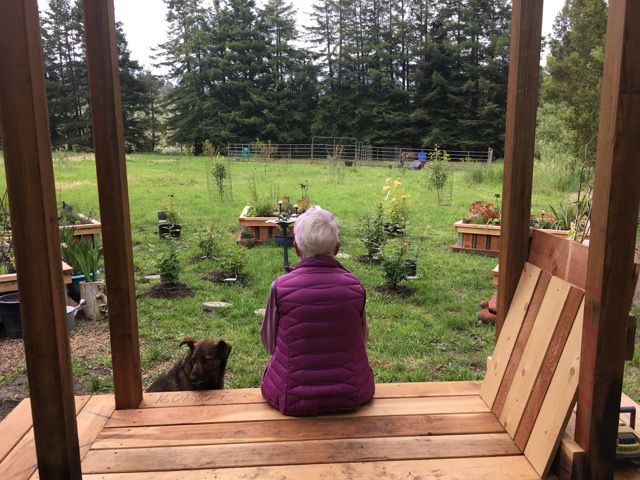 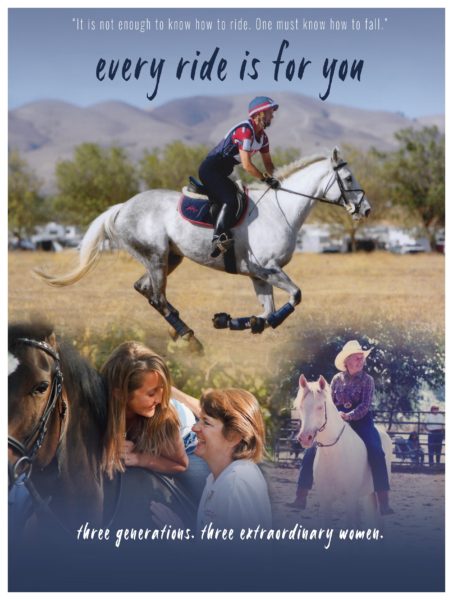 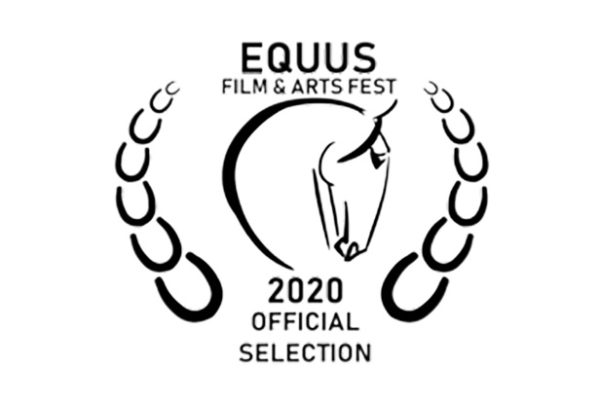 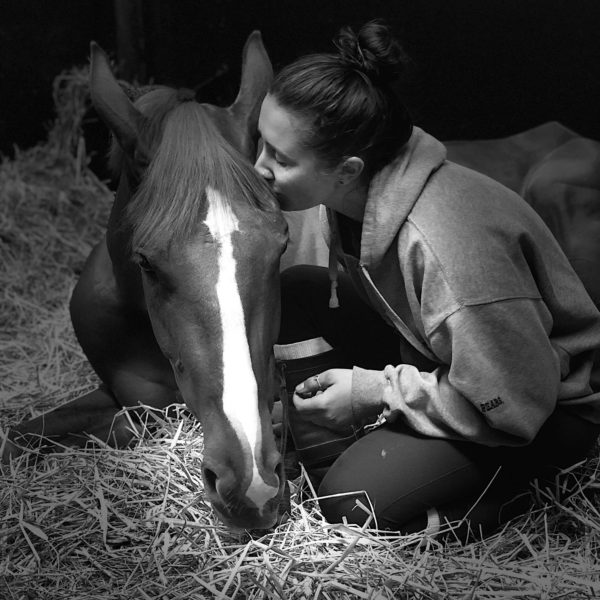 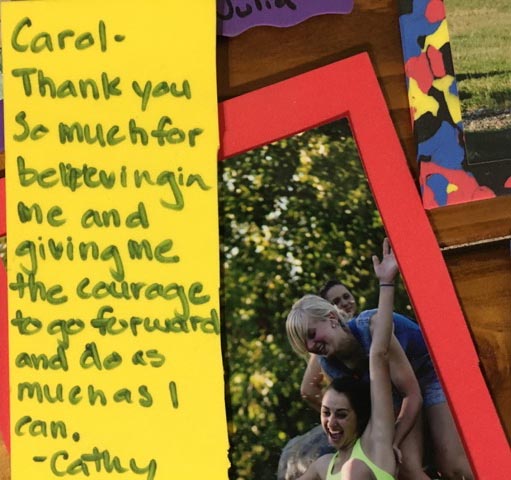